It is my pleasure to once again welcome author Ariella Moon to Rachel’s Words. 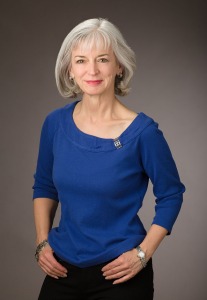 Ariella Moon draws upon her experiences as a shaman to create magical Young Adult fiction. Her Two Realms Trilogy is a medieval fantasy adventure series. The Teen Wytche Saga is a series of sweet contemporary paranormal romances.

Ariella loves to hear from her readers. You can reach her at:

Betrayed. Branded. Betrothed. Lady Fenella’s fate is shackled to the most powerful sorcerer and sorceress: Merlin and the Lady of the Lake.

Lady Fenella, ever surrounded by guards, knows only responsibility and duty. She believes Merlin and the Lady of the Lake are myths, Gran’s warnings about Fairy are superstition, and Fairy was invented to make children behave.

But then Gran brands her, Lord Argonshire kidnaps her, and the Lady of the Lake makes her a pawn. The Highland heiress must betray her newly betrothed and fend for herself when she dives into a wormhole to save her cousin. She lands in a part of Fairy even fairies avoid, and joins forces with a half-Viking/half-Fairy.

Fenella must use her wits to find her cousin, free the Lady of the Lake, and reach the wormhole in Glastonbury by Beltane. Nine days to unshackle herself from a sorceress, prevent a war between two clans, and decide in which realm—and with which lad—she truly belongs. Oh, and The Most Powerful Wizard stands in her way.

Fenella scratched the freckles dotting her wrist. She had none of Mother’s fragile beauty, her dewy widow eyes. Instead, she had been cursed with hair redder than rowanberries at Michaelmas. Freckles marred her nose, and she appeared sturdy rather than graceful. Och. She was here for the view of the river. She would nae waste her precious free minutes wallowing in self-pity.

“Thaness of Thorburn!” Her cousin’s voice, eager and cracking, called up to her from the steep slope, four stories below.

Fenella flattened her stomach against the cold stone crenel, peered over the edge, and waved. “Sorley! You have returned.”

He grinned up at her, panting as though he had run a great distance. His riot of red hair had settled into a windblown mat that all but obscured his keen blue eyes.

“Descend,” he said. “I have discovered a fairy mound!”

Her hands tightened on the wall. It had been years since she and Sorley had searched the bracken for fairies, avoided caves for fear of goblins, or pretended cowberries were pixie dust. Gran had put a stop to it.

“Dinna seek trouble, lad!” Her gran’s voice grated like cart wheels over jagged rocks. Fenella drew back in case the old woman glanced up from the herb garden. “You better hope ’tis not a fairy mound!” Gran spat the words. “Fall down one of those, and the fairies will enslave you. Now, run along. The thaness has better things to do than wander aboot with you, Sorley Rose.”

Far below, a door slammed. Fenella ventured another peek over the wall.

“Lady Fenella.” Balfour, the oldest and most trusted of her guards, had appeared at her side.

Duty calls. Her shoulders sagged. She cupped her hands around her mouth and shouted, “Mayhap, later.”

Sorley’s mouth drooped into a thin, disappointed line. A lonely expression flicked across his face but was quickly masked. A door creaked open, and he spun towards the sound.

“Sorley Rose!” Gran’s voice shot like a flaming arrow across the bailey.

Sorley glanced up at Fenella. “Aye, later then.” He spoke so quietly, she had to lean far over the crenellated wall to hear him. He waved farewell then romped into the woods, his flame-colored hair bobbing like a soldier’s torch.