It is my pleasure to introduce newly published Cleans Reads author, Jaclyn Brod.

Jaclyn E. Brod is a full-time writer and student, currently going to school for medical billing as a background but her true passion is writing. She has one cat named Zazzie who she loves more than anything and a fiancé who’s a cook and a gamer nerd.

She is the author of the newly debut novel The Descendants.

Inspiration for her stories comes from music and reading.

And her biggest inspiration of all, Harry Potter. 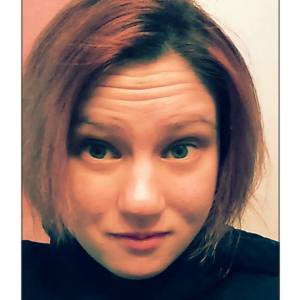 You can find Jaclyn on her social media sites:

Everything comes with a price, even if it isn’t what you expect. 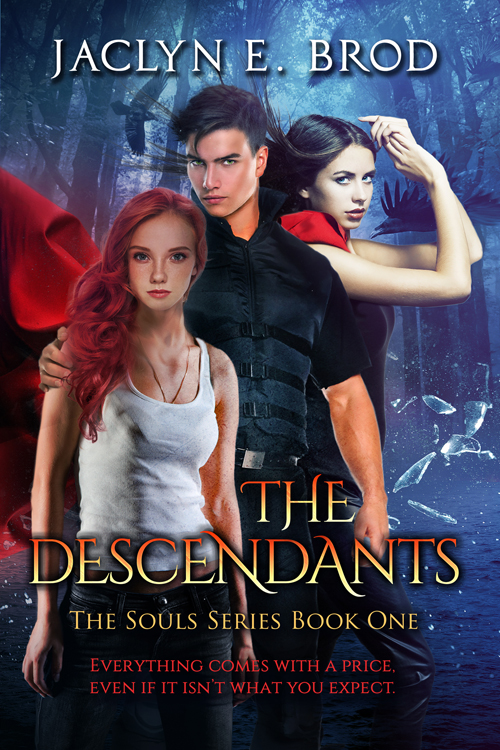 In the year 2030 a war is waged, and only one can save human kind, but will she die before she can save the world?

Genevieve. It was poor Genevieve who was blocking the front door with bruises adorning her flesh like a molting fledgling. Blood trickled down from the corners of her hazel eyes. Her arms were thrown out to her sides as if that motion alone could stop Theo’s guards and the Experiments.

“Move,” Jaxs hissed, her hands blazing with a midnight glow, but Theo stepped in front of her as fear for the heiress surged in his veins. He heard the safety of Sage’s gun switch from safe to fire. Genevieve said nothing; her knotted golden hair did not even twitch.

Hazel eyes bored into Theo, pleading for him to turn around and give up. He knew that this was the moment. This was the moment where he chose. He looked at Jaxs with the disheveled sneer hanging on her face with frightened eyes and then back Genevieve’s hardened visage.

“You could have come with us,” Theo muttered just loudly enough for her to hear. He knew that time had passed, that there was nothing that would change her mind now, but he had to be sure that this was what she wanted. The blood pouring from her eyes only increased as her eyes watered slightly. “We both know that is not true. You belong here. I belong here. The Confinement harbors souls, Theo, because we need to be kept safe from the world. You don’t know what you are getting into. You don’t know what that thing,” she gestured to Jaxs,

“Will do to you. You don’t know what you are causing here, but I do. Stay here and trust me.” She held out a hand, ignoring the clatter of footsteps echoing down the hall toward them. Theo felt a vice tighten around his throat as he shook his head.

This was not the wonderful girl that he had come to know before. She was not the freedom loving, loyal soul that he once knew. “No, Genevieve.” He shook his head. “I don’t trust you.” The golden-haired young woman reached into her thin pocket and before anyone could stop her, she shoved a syringe into her own exposed neck. It was as if a bomb had gone off.

Manic laughter echoed off of the cobblestone floors of the castle and melded with the yells of approaching guards. Genevieve dropped her hands to her sides, her head twitching upon her neck as shadows fell over her face.

The once graceful mouth twisted into a maleficent sneer and hazel eyes glazed over with black pigment. “I will obey my Mother!” Genevieve said, or what was left of her. Theo took a step back in horror as thick blackened tendrils exploded throughout Genevieve’s body. Her delicate hands rose to the ceiling with smoke flying from her fingertips.

Her hysterical laughter revealed blackened, charcoal teeth just below the surface that housed bleeding gums. At some point in the transformation Jaxs had moved from her position behind Theo without him noticing. Her outstretched hands pushed him behind her as she let loose a surge of power directed at Genevieve.

There was nothing Theo could do except scream as Jaxs’s blast threw Genevieve to the ground. The former head guard just stared at her twitching body on the cold floor as Sage dragged him out the front door.

The five of them made it outside, but when the heavy door closed behind him Theo swore that he heard a weak, mournful whisper of, “I told you to be careful.” The door clicked shut.

Guards rushed into the room. Some ran to Genevieve’s fallen form, but they were quickly waved away by Dr. Grant. The foreboding woman crossed the lobby with her head held high, a cold mask settled over her face. She did not react. Stilettos clicked across the uneven cobblestone, echoing eerily across the floor. The stilettos dug into flesh as she stepped on her daughter’s shuddering body.

Blood washed over the bottom of Dr. Grant’s heels, which she ignored in favor of pulling open the door. The weeping willows were churning in the wind as Dr. Grant felt a snicker rise up in her throat. The darkened sky did not allow the woman to see the escapees, but she knew where they were going. A laugh permeated the silence of the outside world as she dug her heels into Genevieve’s flesh. Dr. Grant stood there for a moment before she looked down upon the girl.

There was no hesitation. “Yes, Mother.”