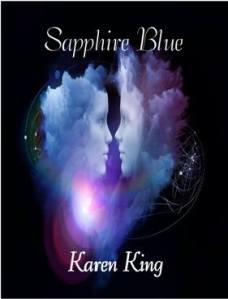 “No one has ever walked out of Red. Once the Soul Catchers get you they don’t let you go.” Denny’s words scare me but I have no choice. If Will is in Red that’s where I have to go.

I’ve never really thought what it was like when you died. I’m only 16, too young to worry about that. At least I thought I was. I’ve heard about Heaven and Hell, of course, but it doesn’t look like I’m in either of them. All I know is that Will is here too and I need to find him. I can’t face spending eternity without him.

Everywhere Will turns all he can see is mist. It’s inside his head too, wrapping around his mind, stopping him from thinking straight.

He tries to shake the mist away, to find a fragment of memory that will tell him who he is, where he is. But there’s nothing. His mind is a complete blank. He can’t even remember his name.

He squints as a shape starts to form in the mist. It’s a man.

The man strides purposefully as if he’s heading somewhere in particular and needs to get there fast.

Will shakes his head. “I can’t remember anything. Where am I?”

The man pauses and looks around. “No one meeting you?”

Will frowns, trying to remember. Why would someone be meeting him? “I don’t think so,” he stammers. “Should they be?”

“Sometimes they do.” The man’s tone is casual. He shrugs. “You’d better come with me then.”

Will doesn’t know what else to do, so he follows the man. He has to quicken his pace to keep up with this stranger’s long, effortless strides and constantly looks around, trying to get some idea where they are. After a while the mist starts to fade and Will sees that they’re crossing what looks like barren wasteland. Rugged cliffs jut up along each side, gnarled trees and bushes dot the landscape here and there, and a buzzard caws as it flies overhead. It’s eerie. There’s no one around except him and the man yet Will feels like he’s being watched. Stalked almost.

“Where are we going?” he demands, fear making his voice sound shrill. “Who are you and where the hell am I?”

The man turns around. “You really don’t remember, do you?”

Something about the way he says the words sends an icicle of fear down Will’s spine. “Remember what?”

The man holds out his hand, it’s long, thin and bony. “Take my hand.”

Will stares at the outstretched hand not wanting to touch it.

“Take it if you want to remember. Or leave it if you don’t. It’s all the same to me.”

Will hesitates, a terrible feeling of foreboding seizing him. What is it he has to remember? He’s sure it’s something he’s not going to like. But he has to find out. He needs to know who he is, where he is, what he’s doing here. He takes a deep breath, reaches out and grasps the man’s hand.

Immediately, a bright light explodes across his forehead. He gasps and tries to pull his hand away but the man grips it tight, his nails digging into Will’s flesh. The light fades and pictures flash across his mind like a horror slide show. He’s getting in a car, a girl’s singing, a huge tree zooms in so close that he instinctively step back then there’s a big bang. Now the girl’s lying motionless, blood oozing out of a gap in her forehead, her neck bent at an awkward angle, her eyes open, staring. Will draws in his breath, his hand pressing across his forehead as his memory floods back and his heart shatters into jagged smithereens that puncture him inside. The girl is Sapphire, his girlfriend. He’d just passed his driving test and was taking them for a drive when he crashed.

He killed her. He killed Sapphire.

Karen King has had over one hundred children’s books published. She’s written for many children’s magazines too including Sindy, Barbie, Winnie the Pooh and Thomas the Tank Engine. She writes for all ages and in all genres; story books, picture books, plays, joke books and non-fiction. Sapphire Blue is her second YA novel. She also writes romance novels under the name of Kay Harborne.