NEXT DOOR TO A STAR by Krysten Lindsay Hager

After Hadley’s best friend moves away and she gets on the bad side of some girls at school, she goes to spend the summer with her grandparents in the Lake Michigan resort town of Grand Haven. Her next door neighbor is none other than teen TV star Simone Hendrickson, who is everything Hadley longs to be—pretty, popular, and famous—and she’s thrilled when Simone treats her like a friend.

Being popular is a lot harder than it looks.

It’s fun and flattering when Simone includes her in her circle, though Hadley is puzzled about why her new friend refuses to discuss her former Hollywood life. Caught up with Simone, Hadley finds herself ignoring her quiet, steadfast friend, Charlotte.

To make things even more complicated, along comes Nick Jenkins…

He’s sweet, good-looking, and Hadley can be herself around him without all the fake drama. However, the mean girls have other ideas and they fill Nick’s head with lies about Hadley, sending him running back to his ex-girlfriend and leaving Hadley heartbroken.

So when her parents decide to relocate to Grand Haven, Hadley hopes things will change when school starts…only to be disappointed once again.

Is this really what it’s like to live…Next Door To A Star?

The school year should end right after spring break, because all anyone can focus on is summer vacation. You can’t learn anything new, because all you can think about is all the fun stuff you’re going to do once you don’t have to get up at the butt crack of dawn. Summer always seems full of possibilities.

Nothing exciting ever happens during the school year, but maybe, during summer vacation, you could run into a hot celebrity and he’d decide to put you in his next music video. Okay, it wasn’t like I knew anybody that happened to, but my grandparents did live next door to a former TV star, Simone Hendrickson, and Simone was discovered in an ice cream parlor one summer. Of course, she lived in L.A. at the time and was already doing plays and commercials, so the guy who discovered her had already seen her perform. But hey, it was summer, she got discovered, and that was all that mattered.

Amazing stuff didn’t happen to me. You know what happened to me last summer? I stepped on a bee and had to go to the emergency room. They’re not going to make an E! True Hollywood Story out of my life. I didn’t go on exotic vacations—like today, I was being dragged along with my parents to my cousin’s graduation party. Most people waited until at least the end of May before having a grad party, but Charisma was having hers early because she was leaving on a trip to Spain. I was dreading this party because I didn’t want to listen to everybody talk about how smart and talented Charisma was—making me feel like a blob in comparison—but my mom RSVP’d even though I said I’d rather die than go. My death threats meant nothing. But still, for some strange reason, I had a feeling this summer was going to be different. 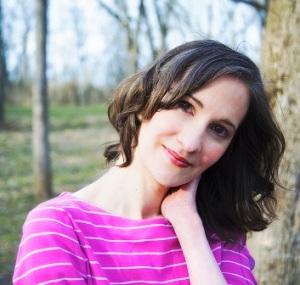 Krysten Lindsay Hager is an obsessive reader and has never met a bookstore she didn’t like. She’s worked as a journalist and humor essayist, and writes for teens, tweens, and adults. She is the author of the Landry’s True Colors Series and her work has been featured in USA Today and named as Amazon’s #1 Hot New Releases in Teen & Young Adult Values and Virtues Fiction and Amazon’s #1 Hot New Releases in Children’s Books on Values. She’s originally from Michigan and has lived in South Dakota, Portugal, and southwestern Ohio. She received her master’s degree from the University of Michigan-Flint.