Poppy’s life is in shambles, or at least that’s how it feels. As Poppy struggles against her decision to walkaway from Michael, maid of honor duties, a bachelorette cruise, new dreams, and maybe even a chance for love interrupt her summer pity party. Will she seize the chance for a happy ending, or stay rooted in the past?

Several months of denial have revealed the truth. Michael can’t ignore his feelings for Poppy any longer, but what should he do about them? He teeters on the edge of a life changing decision. Will he disrupt his old life in order to create a new one, or succumb to the status quo.

A neophyte in the kitchen and the bedroom Poppy samplesboth, while surrendering to Michael Borchard’s irresistible charm, when she joins his Baking class; there are a couple of hiccups––it’s a kids’ class, and he’s married. Poppy and Michael improvise a recipe for passion that hits all the right spots. Their honeyed entanglement becomes increasingly sticky as his wife and her past muddy their budding romance. Is love stronger than circumstances? Will Poppy succumb to the sweetest temptation?
http://www.amazon.com/Bee-Stings-RosaLinda-Diaz-ebook/dp/B00IX6ZB70/ref=sr_1_1?s=books&ie=UTF8&qid=1433940262&sr=1-1&keywords=bee+stings
http://www.amazon.com/Bee-Keeping-Stings-Book-ebook/dp/B00RWA2GDK/ref=sr_1_1?s=books&ie=UTF8&qid=1433940344&sr=1-1&keywords=bee+keeping++rosalinda+diaz
About the Author: RosaLinda Diaz, was raised in a particularly magical section of Los Angeles; between the original Disney Hyperion Studios and Snow White’s Cottages. The magic in the air and soil gave her already active imagination roots and wings. Wings that took her gypsying around Europe, Australia, and Africa, and roots that brought her back to California to earn her B.A. at Pepperdine University. She makes her home in California’s Central Coast igniting the fire of creativity and sparking imaginations with her endeavors. 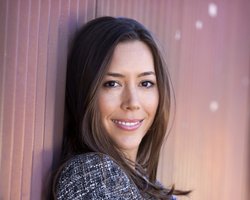