For centuries, the people have lived under the protection of their so-called Dark Lord. Now, with news of his death reaching the quiet village of Everdark, rumour whispers that his son, Lucias, is hunting for a mistress to beget him an heir.

Clara doesn’t put much stock in village gossip, until she finds herself forcibly taken to the Lord’s fortress. Escape is not easy. She has no way out and, against a man with magic, little chance of fighting back. But the Lords are still men and the death of Lucias’ father is proof that they die just the same. And yet, if Lucias dies heirless, his army will be free to terrorise the land.

Such is the goal of Lenora of Ne’ermore, an old enemy and ex-prisoner of the kingdom. She is sending a man to slaughter Lucias and, to ensure there’s no chance of an heir, his mistress must die as well.

Caught between regaining her freedom or losing it for the good of the kingdom, Clara struggles to decide her path before certain death breaches the gates. 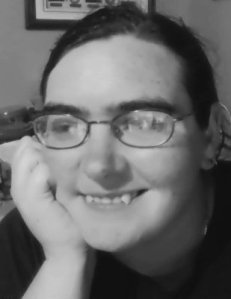 Born and raised in New Zealand, Aldrea Alien lives on a small farm with her family, including a menagerie of animals, who are all convinced they’re just as human as the next person. Especially the cats.

Since discovering a love of writing at the age of twelve, she hasn’t found an ounce of peace from the characters plaguing her mind, all of them clamouring for her to tell their story first.

It’s a lot of people for one head.